COMU is located in Çanakkale, which is a small coastal town about 310 km from Istanbul by bus or plane. Established in 1992, COMU is one of the leading universities in Turkey with nearly 33,000 students and qualified academic and administrative staff.

The ESERA Summer School 2014 had students from 20 countries and staff (coaches and lecturers) from 11 countries. 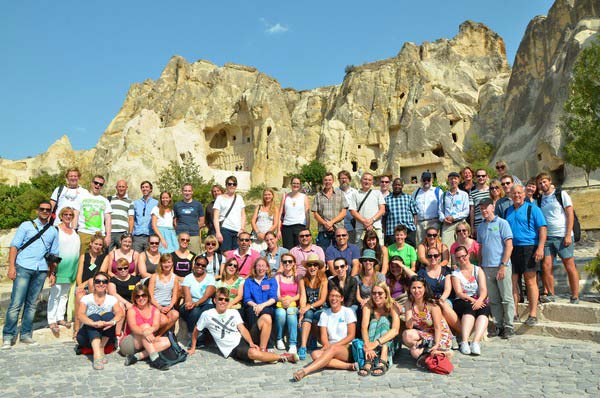 Students were divided into 7 internationally composed sub-groups, each coached by two experienced researchers. Within 7 sessions each of the students presents his or her thesis. The whole group offers support, taking part in a scientific discussion and giving feedback. Doing so, the PhD students are introduced into an international and intercultural dialogue on scientific issues, which could be deepened throughout the whole week.

In addition to the group work, the students displayed poster presentations of their studies at the coffee break area. Here, everybody was invited to approach the scientific projects, read and discuss about it, exchange further ideas, and start networking.

Lectures and workshops added new perspectives. They have been offered by:

A summer school is nothing without workshops on scientific issues. Therefore, the students were to choose 4 out of 5 offers:

How about the social part of summer school life?

The week started with a welcome party at the first evening. Wednesday afternoon was dedicated to the traditional ESERA summer school excursion. Kappadokya is a historical region in Central Anatolia, largely in the Nevşehir, Kayseri, Aksaray, and Niğde Provinces in Turkey.  The whole group took an excursion to natural and historical sites to recover from a highly concentrated working atmosphere. A social dinner with suprises on the last evening was also a special event. 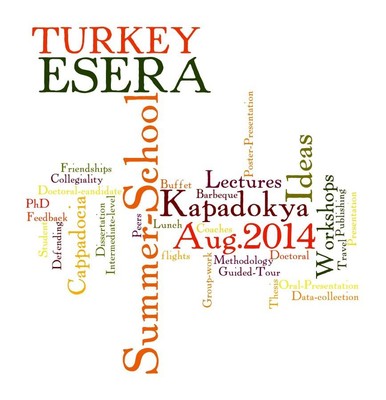