The summer school was held in the city of Ceske Budejovice in the Czech Republic in August, 21 to August, 26. The team lead by Iva Stuchlikova from the University of South Bohemia hosted this event in the university campus.

The University of South Bohemia (USB) is a public university located in České Budějovice. The university has 11,000 students in more than 200 bachelor, masters and doctoral programmes at 8 faculties

The University of South Bohemia was founded in 1991, following the tradition of educating teachers

The ESERA Summer School 2016 received 106 applications from PhD. students. Forty-nine ESERA members and 2 students nominated by NARST were invited and 49 of them participated at the ESERA Summer School 2016 camp. This summer school was really “international event” because the participants were of 22 different nations (not only European but also from overseas, e.g. Australia, South Africa or USA). We received also 40 applications from 28 countries for staff positions and 22 persons from 14 countries were chosen to serve as coaches, plenary speakers, workshop leaders or poster session facilitators. 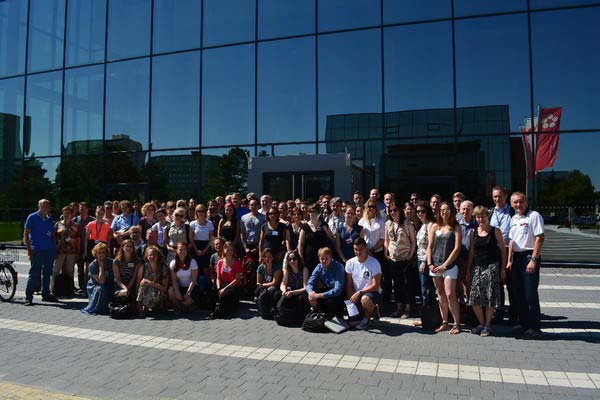 Students were divided into 7 internationally composed sub-groups, each coached by two experienced coaches. Within 8 sessions each of the students presents his or her thesis. The whole group offers support, taking part in a scientific discussion and giving feedback. The students also presented their projects by means of posters which were placed in the coffee area and yet another group of staff provided written and oral feedback on these posters. 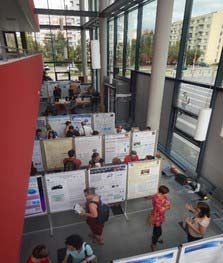 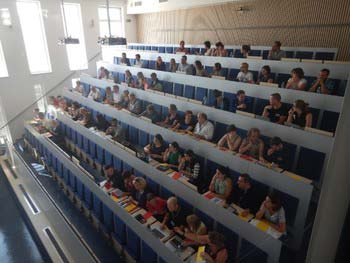 Ying-Chih Chen: “The role of language and argumentation in facilitating students’ learning in STEM and how teacher use argument as a learning tool to scaffold students’ conceptual understanding”

Erin Furtak: “Connecting the dots – or at least trying to – between professional development, formative assessment design, and student learning”

Justin Dillon: “Writing for publication” and “Reviewing papers for journals”

Robert Evans & Alexander Kauertz: “Strategies for making sense of data and conventions and ways to a valid interpretation of data”

Mariía Pilar Jiménez-Aleixandre: “Constructing and using rubrics for an holistic analysis of argumentation including emotive resources, values and negotiation processes”

Mathias Ropohl: “How to develop and analyse a test in science education? An introduction to test development and Rasch analysis”

The program of the summer school, of course, included also rich social program. The participants spent evening at garden party on the faculty garden, visited historical center of Ceske Budejovice, made trip to town of Cesky Krumlov (UNESCO World Heritage Site) and enjoyed farewell party on Thursday with live music. 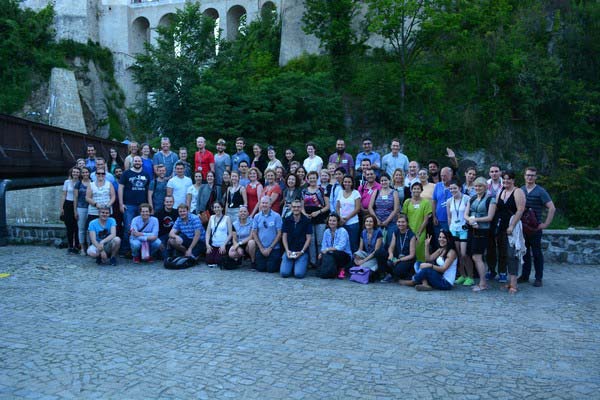 More information and pictures can be found in the brochure.